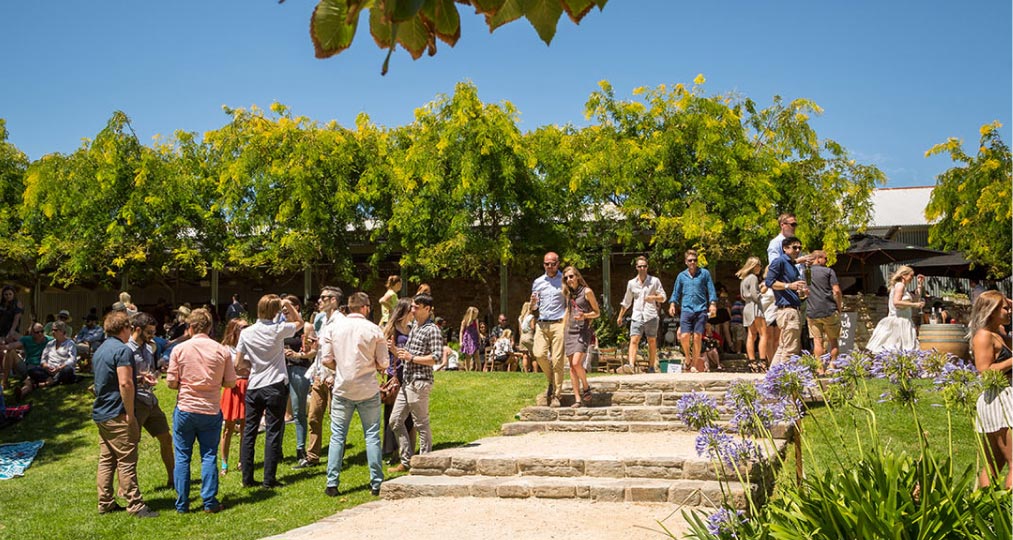 Just a 20-minute drive east of Adelaide is the cool climate Adelaide Hills wine region. To the north it borders the Barossa Valley and, to the south, McLaren Vale. In between are some of Australia’s finest cool-climate vineyards producing outstanding Chardonnay, Pinot Gris/Grigio, Sauvignon Blanc and Pinot Noir along with elegant Shiraz.

A region of great natural beauty with its hills and valleys, the Adelaide Hills is also home to high quality produce, including cheese, apples and cherries. The geographic diversity of the region is reflected in the range of wines produced and notable sub-regional differences.

The Adelaide Hills is one of the oldest wine-producing regions in Australia with the first vines planted in 1839. In 1844 the first case of Adelaide Hills wine was delivered to Queen Victoria, Queen of the Kingdom of Great Britain and Ireland. While other food crops took root through the early 20th century, the Adelaide Hills wine industry was rejuvenated in the late 1970’s. Since then it has continued to build an enviable reputation as a region capable of producing some of the world’s great wines.

Learn more about the region here.

The experience, passion and knowledge of the country's finest wine educators will be passed on to you!