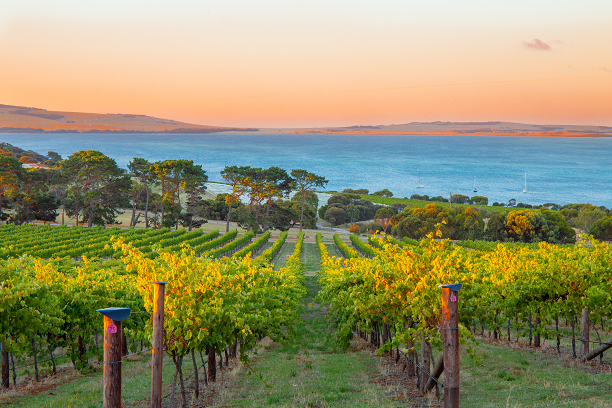 Australia’s third-largest island and one of its youngest wine regions, Kangaroo Island has built an international reputation as a pristine wilderness. Famed for the quality of its produce as well as its natural beauty and wildlife, Kangaroo Island wines are making an impact both domestically and abroad.

It is one of the five regions that make up the Fleurieu Zone and was officially registered as a wine region by Geographic Indication in the year 2000.

It is a cool-climate region with regular maritime breezes playing an important role in moderating the ample sunshine and allowing for a long, cool ripening season. Vineyards and wineries are spread out across the island with a growing number of cellar doors to cater for the ever-increasing tourist numbers.

Kangaroo Island is a rugged island with rich history. Separated from the Australian mainland around 10,000 years ago it is thought that Aboriginal habitation on the island ceased around 2,000 years ago. Since then it has been a stopping-point for a range of sea-farers, none more famous than Matthew Flinders, who named the island, and Nicolas Baudin, who mapped it. Despite their respective homelands being at war at the time, the two men met peacefully and the island retains many reminders of their legacy.

Learn more about the region here.