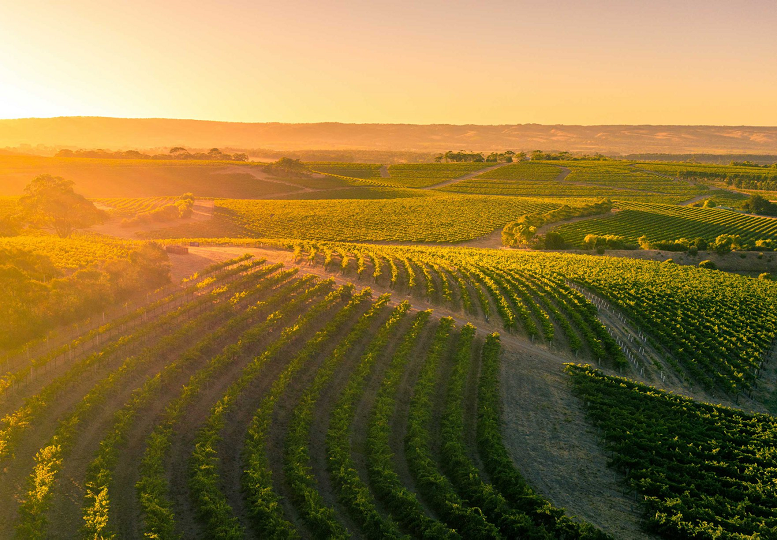 45 minutes south of Adelaide lies McLaren Vale, a region blessed with immense natural beauty. Bordered by Gulf St Vincent to its west and hills in all other directions, McLaren Vale’s dazzling beauty is matched by an equally dazzling geology. Representing the southern end of the Mt Lofty Ranges, the diversity beneath ground is reflected in the quality and diversity of wines produced above.

Most famous for its Shiraz, McLaren Vale is also home to a huge variety of new and emerging varieties such as Fiano, Sangiovese and Tempranillo. For many McLaren Vale winemakers, however, the region’s premier variety is Grenache, and McLaren Vale is home to some of the most treasured old bush vine Grenache in Australia, if not the world.

With the first vines planted in 1838, wine production has been in full swing in the region since the 1850’s. In recent times McLaren Vale has become a popular tourist destination for its natural and human-made attractions. It is also home to many wineries dedicated to sustainability and, as such, McLaren Vale is well-credentialed as an environmentally-friendly region with many green programs in place.