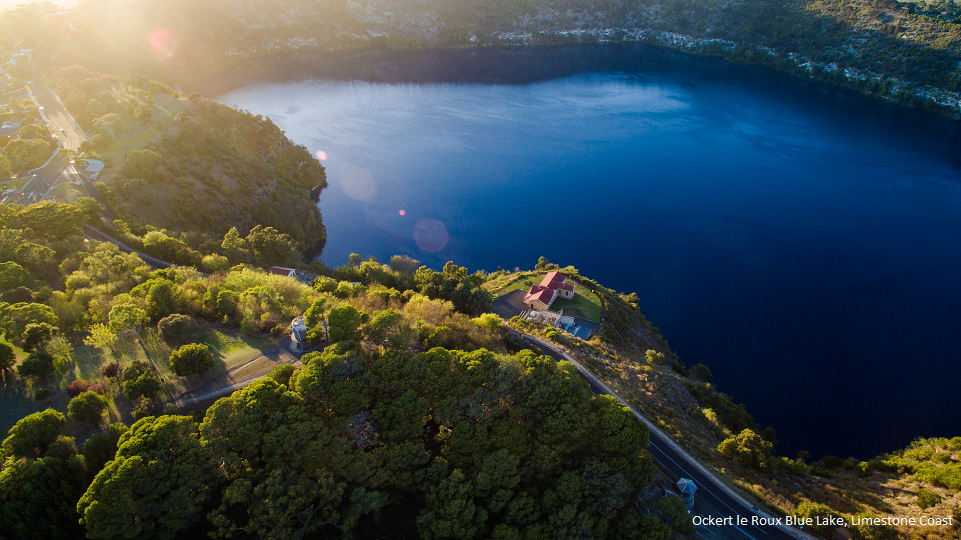 Four and a half hours south by car (or one hour by plane) is Mount Gambier, with its iconic Blue Lake and situated close to the Shipwreck Trail Coast. Originally home to the Buandig Aboriginal people, Mount Gambier is the second largest city in South Australia and forms part of the greater Limestone Coast Zone.

The area is also known for its fertile country – producing its famous Waygu beef and known as the rock lobster capital of Australia.

With volcanic soils and a healthy water supply, Mount Gambier is a cool-climate region that's building its name as a home for fine Pinot Noir and Chardonnay.